“Evangelicals have benefited enormously from the faithful and creative labors of many theologians. I certainly acknowledge that for myself. But there are other less acknowledged sides to the story of theology:

– its inability to connect with everyday concerns;
– its use to patronize and disdain others;
– its role in propping up an elitist system of leadership;
– its deadening effects on young theological students;
– its promotion of pedantry and destructive debate;
– its second-hand character that minimizes genuine creative and new perspective;
– the ways it imposes law in the name of protecting grace;
– the ways it preempts and gags conversations that might otherwise break new ground in integrating faith and life.

“There is great value in laying a foundation of beliefs. But the methods and disposition of theology have failed to deliver its promise of a richer personal knowledge of God. Theology and church have by and large abducted the conversations that rightfully stand at the heart of the gathering.”

While that quote may be 15 years old, I believe the issue still exists, and in the form that Strom critiques.

We need theology. How should we teach and practice it in our churches and schools?

Having grown up in the Lutheran Church, which firmly places Good Friday among the most “holy” dates of the year, the day retains great meaning for me. Since leaving that denomination, I’ve wandered through more traditionally evangelical churches. Almost universally, those evangelical churches have had an indifferent relationship with Good Friday. Scant few held their own Good Friday meeting, and if they did, it always felt more haphazard than those I was used to in the Lutheran Church.

Over the years, even those evangelical churches that DID have a Good Friday meeting seem to have let it slide into oblivion.

I talked with a Roman Catholic last Good Friday evening and we tried to come up with some reason for the evangelical burying of Good Friday, but we came to no good conclusions.

As much as some evangelicals talk about the cross, Good Friday for them is a curious nonevent. And I have no idea why.

Do you have an answer as to why Good Friday has gone missing? What are your thoughts on the downgrade of Good Friday among evangelicals? Have you noticed the date sliding into oblivion in your church or community? Why do think this may be happening (or not happening, depending on your local situation)?

I miss celebrating Good Friday together with other believers. Though I no longer consider myself an evangelical, the majority of my Christian life has been spent in evangelical churches, and I don’t see that changing. I hope someone in evangelicalism starts working to place Good Friday in its proper context for the 21st century. 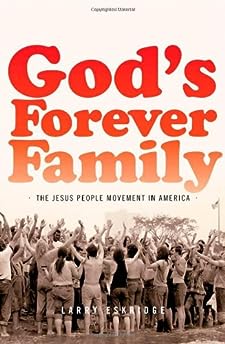