On Saturday, I was out walking my property and something clicked in my head. One of those seemingly obvious bits of insight, yet it only came together at that moment. Call it a Unified Supernatural Field Theory of Evangelicalism, sort of the holy grail of understanding most evangelical churches’ positions on the supernatural.

Be sober-minded; be watchful. Your adversary the devil prowls around like a roaring lion, seeking someone to devour.
—1 Peter 5:8

Put on the whole armor of God, that you may be able to stand against the schemes of the devil. For we do not wrestle against flesh and blood, but against the rulers, against the authorities, against the cosmic powers over this present darkness, against the spiritual forces of evil in the heavenly places.
—Ephesians 6:11-12

When you ask many evangelicals to name what opposes them, you’re likely to get a number of answers, but I’m not sure the number one answer would be Satan. 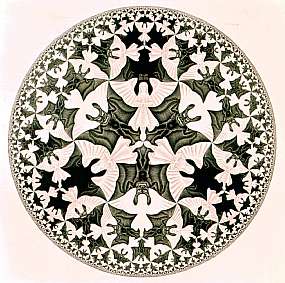 If you read a lot of Reformed/Calvinist books or blogs, Satan is barely a footnote—very odd considering what the Bible says of his place as the prime foe of the Christian. My own experience as part of two large, conservative Presbyterian churches would confirm that Reformed/Calvinist churches tend to place sin over Satan as the primary source of opposition, though sinfulness is a state of being not a personal foe. The Bible, on the other hand, is quite clear (as the two passages above note) that the foe is an entity, the devil.

Consider this: If an enemy drops a bomb on you, the bomb is not your foe; the person who tossed it is. Yet if one reads enough Reformed/Calvinist literature, it’s impossible to escape the reality that the devil doesn’t get much mention, with sin getting almost all the press. This, at least to me, seems a major oversight.

In many other Evangelical churches today, especially nondenominational, the devil gets a minor mention (as does sin), but the real enemy is made out to be negative thoughts patterns and practices. Again, this avoids the very real teaching that our foe is a being.

There’s a reason why these blinders exist.

The problem with these two viewpoints is they both avoid the truth that the enemy of the Christian is a supernatural entity that can’t be dealt with by human knowledge or through behavior modification.  Yet this is how we deal with him in too many of our churches because to deal with him as a supernatural being necessitates holding a worldview that is consistently open to the daily intersection of the supernatural world with our own.

And the supernatural is…well, messy. It involves all sorts of nonrational thinking and practice, which scares the willies out of folks who like to be able to wrap their brains around everything they equate with the realm of God.

So I think that the reason you hear almost nothing about the prime foe of the Christian in large swaths of Evangelicalism is that acknowledging him as a supernatural being mandates believing that the supernatural is the “natural” state of the Christian life. By relegating the devil to a mere mention now and then some evangelicals think they can avoid dealing with the plane beyond this existence. In fact, I would say there’s a distinct inverse relationship: The more an evangelical places the opposition to the Christan in non-demonic sources, the less likely he or she will be to accept visions, charismata, and “mystical experiences” as part of the normal Christian life.

This argument may seem obvious to some of you, but it explains a great deal.

I also find it interesting that we possess this tendency to write off the devil and blame our problems on everything BUT him. Again, though, the Bible clearly states that he and his minions are the foe. And by purposefully downplaying his position as the opponent of the Christian, we naturally underestimate him.

This makes for problems for a Church not given to seeing the devil in his true guise. If anything, the entire book of Revelation depicts an entity doing its damndest, quite literally, to cause as much anguish and horror as possible before it’s cast into the lake of fire. We underestimate such a foe at our own peril, and I would say that, in many ways, we already have. Worse, by underestimating him, we’ve reduced our reliance on the supernatural power available to us Christians to combat the Enemy and use the tools the Lord Jesus gave us to defeat him.

Remember folks: This is not a flesh and blood battle, but a supernatural one.