Aiden Wilson Tozer is perhaps my favorite Christian author. Every book of his that I have read has stunned me, driven me to tears, left me broken, raised me up again, and filled me with joy. I believe he was a prophet, too; you read his books written in the 1950s and they are still speaking directly to the state of the American Church today.

But one thing I’ve never understood is how so many Christians who would profoundly disagree with Tozer in many regards still hold him up as the gold standard of 20th and 21st century Evangelicalism.

Tozer was a proponent of Christian mysticism. It’s baffling that so many Christian leaders who will pummel anyone who espouses Christian mysticism today give Tozer a complete pass as if he never once quoted Meister Eckhart, St. John of the Cross, or The Cloud of Unknowing.

Tozer was completely anticessationist; just this last week I included a Tozer quote saying as much. Tozer saw that the Church of AD 70 and the church of AD 2005 are to be the same Church in power, giftings, and so on. Yet cessationists quote Tozer as if there were no issue with his opposition to their position.

Tozer was not a proponent of Calvinism; I can’t remember him even mentioning that word in anything he’s written, yet Calvinists seem to love him, nonetheless. Just in the last few days both Steve Camp and Al Mohler held Tozer up as the example of doctrinally righteous Christianity. Curious.

Tozer damned “easy believism” and Christianity as “entertainment”—yet the bookstores of seeker-sensitive megachurches stock his books and their pastors even quote him.

Frankly, it startles me that Tozer is almost universally acclaimed by Evangelicals, yet most of them reject the foundational ideas he espoused in his preaching and teaching. Given that so many other preachers and teachers are routinely castigated in the blogosphere for even straying slightly from what is approved, why does Tozer, a man who preached a Christianity so unlike what so many others approve of today, get let off the heretic hook?

If you’ve never read Tozer, I say, Stock up! Start with The Knowledge of the Holy. There’s more truth in one of his books than any hundred teachings out there on the Web. Having said that, you can find Tozer’s teachings and sayings all over the Web—just Google “AW Tozer”. I would encourage you to do so. 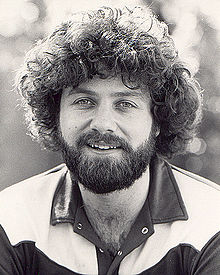 Sorry for the lack of updates folks. I’ve been mired in taxes and locating income. Now that the first part, at least, has been resolved, I hope to have more submissions in the future.

For now I ask questions about the growing strength of “prophetic ministries” and their sway over many charismatics. Just the other day I heard an ad on the radio for a prophetic conference that was coming to town. I had to ask myself, if this is truly a prophetic move, then why does it have to travel? Why not stay at home and issue the prophetic words from a central location. Much cheaper and more efficient.

The sad answer is that surely too much money is involved. Register people who are desperate and want a painless prophecy spoken over them (rather than spending the hours in prayer needed to hear from God on their own) and let them be satisfied with the 60% accuracy claimed by Rick Joyner, one of the big names out there in the “prophetic.”

The gift of prophecy is a real gift, but it seems to me that this modern equivalent is more pathetic than prophetic. That these new prophets are as wrong as often as right seems to paint God as capricious in His ability to bring things to pass. That is not the God I serve.

I feel for the people who get “a word” spoken over them only to have it never be. Many such people have been so repeatedly burned that they’ve adopted the attitude of the villagers in the fable of The Boy Who Cried Wolf. When a real prophecy comes down, will they heed it or yawn? And still they go to the prophetic conference.