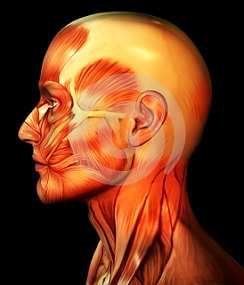 My wife is fond of saying that when particularly bad things happen, they leave you walking around as if you had no skin on.

I like that metaphor. To skinless people, even the most helpful touch is painful. Skinless people react to everything as if it were a threat. Many end up in a perpetually wounded state, which they grow to embrace, and any attempt to talk rationally with them fails miserably.

Long ago, being thick-skinned was a virtue. But somehow, in our enlightened day and age, the skinless person rules. They are the true untouchables. Because they blanch at every word and cry out when even a hint of salt comes near them (for their entire self is a great wound), they are the equivalent of the victimized fortress, impregnable by its very sensitivity to everything.

I look around and it just boggles my mind how skinless we are in the United States. It has become impossible to carry on a conversation with anyone who differs from you on a subject or  who needs vital correction. The skinless person howls in pain the second you open your mouth to speak.

When a skinless person makes like a banshee, all important conversation grinds to a halt. We have been culturally conditioned stop everything we are doing, because the skinless person has a right to remain skinless, to dwell in a constant state of vigilance against the salty words of the wise.

The conservative-liberal conversation is a skinless one that somehow finds a way to lose even more skin as years go by. And sadly, skinlessness exists in record amounts in the Christian Church in America.

“Touch not the Lord’s anointed” is bandied about by the most skinless in our churches. Plenty of leaders hide behind those words. They stand afar off, immune to correction, and their flocks suffer for it.

We have a tendency to also treat as skinless those “weaker parts” about which Paul writes (1 Corinthians 12:22), though some skinless people are legitimately so. Yet in too many cases, skinless people hide behind their skinlessness and never make any attempt to rectify their condition. They set about them a cabal of supporters who will testify to their skinless state and why it must be respected. Such skinless people and their enablers become the logjam in the Holy Spirit’s flowing river.

How do we in the Church in this country accomplish anything with so many skinless people around? They’re everywhere. And as long as they’re occupying space, the French saying applies: Plus ça change, plus c’est la même chose.