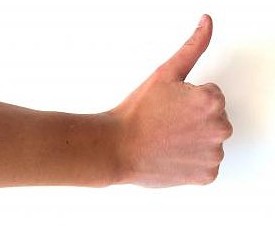 The last couple weeks here have seen some heavy posts discussing problems in the American Church. Cerulean Sanctum exists to discuss these issues and find thoughtful solutions. Because of the founding idea behind the blog, the tendency is toward a non-stop stream of what the Church here is doing wrong. And though my hope is to find practical ways to improve on problems or to raise issues that perpetually fly under everyone’s radar so they can receive attention, my intention is not to be a critic for criticism’s sake. I am, first of all, a Christian. My hope is that we can always do better.

At the start of this week, I’d like to take a couple posts to highlight what the Church in North America is doing right. As always, readers, feel free to comment because I would like to know what you think about this, too.

Today, I start with my first three:

Earlier this year, I blogged on Unshackling the American Church, and one of the posts in that series featured a call to re-explore sacramental living. I firmly believe that many voices in the Church are beginning to understand that Consumerism has replaced Christianity as the national religion of the United States. The poverty of Consumerism is its devaluing of all things sacred in an attempt to displace the sacramental with temporal pleasures.

But God did not make Man to always be wanting more of the material, but more of Him and what He values. If anything positive comes out of postmodernism, it’s an awareness that  we’ve gone too far in our pursuit of the perishable. Modernism, especially as it intersected industrialization, set us up for an abolishing of the transcendent. Science explains it all, industrialization can manufacture it all, and technology becomes the acolyte that descends from those twin towers with the answer to our every problem—now on sale at WalMart for only $299.95.

Man is not so simpleminded, nor so spiritually bankrupt. I believe that many Christians, who through their own  ignorance bought the lie, are coming back around to the greater truth: Consumerism cannot answer the deeper cravings of the heart. Structures within American Christianity that in the past catered to consumerist tendencies will find it harder to maintain their grasp on people who are fed up with trendiness, trinkets, and milk. Already, I see a backlash against megachurchianity as more Christians realize there is no “there” there.

I witnessed this implosion firsthand at the church I attended for many years. Interestingly, if the list of 50 Most Influential Churches is to be believed, the numerical freefall of that church in the list in just one year says most of what one needs to know. And I predict that any of the churches in that list are fair game. As more people wake up to the shallow messages preached in many of those churches, realizing that they’ve strayed away from the sacred and into tawdry dog and pony shows, we’ll see change.

One of the changes I’ve seen already is an explosion of burned-out Evangelicals who are leaving megachurches and non-denominational churches for more traditional churches better rooted in a history of appreciation for the sacred. Everywhere I turn in the last year, I’m seeing signs that the Orthodox Church is gathering in these disaffected believers. Why? Because they never gave the boot to the otherness of God and the wholesomeness of simple living. For those not going the Orthodox route, new monastic communities that are wholly Protestant are springing up everywhere, attracting the children of Baby Boomers, kids raised in consumerist church environments who longed for what those churches could not provide: a sense of the sacramental nature of life serving a transcendent God who values the lasting.

Anyone who reads this blog knows that I have a built-in suspicion of reactive movements. The pendulum that is the Church in this country flirts with one extreme or the other as it seeks truth in the middle. I don’t believe that monasticism or a flight to Orthodoxy are the answers, but they’re the evidence of a need to go back to that sacred middle.

I think it’s good that more people are questioning the lack of sacredness in American Church life. Baby Boomers embraced a consumerist vision for church and their children are rejecting it. Sometimes the children ARE smarter than their parents.

A greater appreciation for the Creation signals another healthy trend in American Christianity. For too long a “it’s all gonna burn” mentality dominated Evangelical thought, in dire opposition to God’s original call to steward what He gave us. But the backlash has begun.

This is a good thing in every way. Readers here know that I fully support more responsible use of natural resources and a return to agrarian ideals. The expediency of thinking we’re going to be raptured out of here any day, so who cares if we ransack the world God gave us, is a devilish product that caters to greed more than proper stewardship.

Christians should be the ones leading the environmental cause. But even the recent past has given us scares from some Christian sources who insist that a green mentality is at odds with Christianity and will result in us spending more time planning for Arbor Day than Easter Sunday.

Christians are now seeing through that false dichotomy. Many understand that dropping out of Consumerism, favoring simpler lifestyles less dependent on things (and the waste they generate), and carefully tending the world God gave us proves the Gospel rather than detracts from it

3. Courageously facing the truth about the itself

Just in the last six months I’ve witnessed some real soul-searching by Christian leaders. More legitimate voices are questioning some of the entrapments of modernism that have crept into the Church. Godbloggers are writing more posts saying that perhaps the Gospel really is about loving God and loving our neighbor. More Christians are willing to say they were wrong in the past about some issues.

I believe this soul-searching by the American Church is a good start. I’m not a proponent of Emergent, but the flaws in our system that Emergent pointed out are getting some attention, instead of the usual arrogant brush-off. Churches are starting to wise-up to past sins. They’re questioning if some programming is more culturally-rooted than Christ-rooted. They’re pondering deep issues:

All these are steps in the right direction. By acknowledging our own concessions to something less than the full Gospel, we’re willing to jettison the cultural entrapments we’ve falsely held up as Christian. I believe more people are dissatisfied with what we’ve built into the institution of the Church that never should have been incorporated.

Those are the first three. I’ll have three more things the American Church is doing right in my next post.

15 thoughts on “What the American Church Is Doing Right, Part 1”