Karl Barth supposedly said that preachers should preach with a Bible in one hand and a newspaper in the other. Given the sorry state of the prophetic voice in the American Church today, perhaps that’s the wisest approach we can take given the circumstances.

Just last week, I read an article in The Wall Street Journal entitled “A Tax Revolt Is Quietly Brewing In Some States.” An excerpt:

On Election Day, Massachusetts will vote on whether to eliminate its state income tax. Advocates hope victory in a place long thought of as a free-spending liberal bastion will pave the way for similar initiatives in other states over the next few years. Critics insist a yes vote would lead to fiscal disaster.

While Americans are focusing on the presidential and congressional races, voters in Massachusetts and other states will decide the fate of dozens of state and local tax and spending issues.

The article goes on to note that several states face this type of citizen-inspired tax repudiation come November and beyond, not just Massachusetts. People are tired of cronyism, waste (studies peg wasted tax monies in Massachusetts at 41 percent of the state budget), and the fact that too many people are on the dole as employees of governmental agencies at all levels. In my state, Ohio, I saw a figure recently that claimed that 37 percent of employed workers in the state worked directly for a local, city, county, state, or federal government agency.

That’s utterly ridiculous. No wonder people are fed up. (Note: I am not against government. Obviously, we need certain government functions like our representative assemblies,  military, and law enforcement. The issue here is one of scope and sprawl and the ability to justify the amount of money it takes to defend and fund that bloat. That’s what has so many people upset.)

But that’s not the point of this post. Can you tell what is? Church, can we read between the lines on this tax revolt issue?

If we can’t, we need to learn. We need to be smarter about these things. If our self-anointed prophets are unreliable, then we need to improve how we comprehend the signs of the times.

What happens when the government is forced to make cuts because of reduced revenues? Social services go bye-bye.

Here’s the $64,000 question: Who will pick up the slack when social services taste the business end of the axe blade?

Too many Christians glamorize the 1930s, ’40s, and ’50s in this country. They look at those years as the golden age of Christianity in America, the age of Norman Rockwell paintings depicting families praying together, the age of Leave It to Beaver and good, solid, Christian values.

But that would be denial.

Because what happened during those glory days was a wholesale abandonment by the American Church of the social services it alone provided the least of these. Christians shirked their duties as they caved to Industrialism and consumerism, jettisoning their responsibility to care for the downtrodden, instead voting to let the government assume that role, a role government was never designed to handle. That, in turn, weakened our resolve as a nation and forced us to suck at a socialistic, governmental teat.

And now some people are sick of the results because it’s hurting them in the one thing they value more than anything else: their wallets.

This I ask: Anyone care to guess how many churches in Massachusetts, or any of those other tax revolt states, are prepared to handle social services when the government can no longer afford to maintain them?

What’s your church’s plan to care for the mentally disabled?

What’s your church’s plan to care for the senior citizens in your community?

What’s your church’s plan to deal with those families who don’t have enough food and must subsist on government handouts that are most likely going away?

Our churches don’t have a plan, do they?

Consider this passage of Scripture:

Did the early Church sit idle, only to react too late, or were they proactive? When I hear people saying that the revelatory gifts aren’t for today, 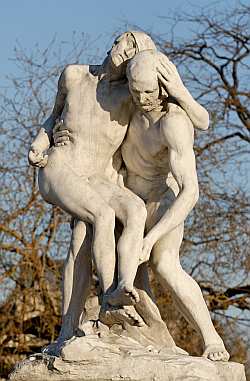 I ask how they expect to ever be proactive in times of distress. Has the kind of crisis we see here in Acts 11 ever stopped happening? Shouldn’t the Church always be ready to deal with this kind of thing, supernatural revelation or not?

It’s bad enough that we either despise prophecy or we gather false prophets around us, but isn’t it even worse that we get fair warning from secular sources and can’t even react to that? Just how dull are we?

Regular readers are surely tired of me beating these kinds of dead horse issues, but why is it that we are NEVER prepared?

For all those going on and on about an end-times revival, I say this: Here’s your chance. Because no one is more open to the Gospel than the person in dire need of a social service who then finds a born-again Christian ready and willing to help. Nothing verifies the Gospel in the minds of jaded people than to see the Church actually bringing its doing in line with its speaking.

A great opportunity looms before us. Are we going to run with it now or will we once again wait until its too late?