I suspect Cerulean Sanctum will be delisted from a number of blogrolls after this post, but I need to write it. Put on the seatbelt and hang on.

Recently, Tim Challies had an interesting post entitled “Body Piercing Saved My Life,” a review of a book of the same name by Andrew Beaujon, a frequent contributer to the secular music magazine Spin. Christian rock music intrigued Beaujon, so he decided to get the real scoop on the genre. He went to concerts, talked with fans, attended several churches, interviewed the artists, and delivered his book, a firsthand account of what he learned.

In the end, Beaujon didn’t have a life-changing conversion, though he grew to appreciate Christian music through the time he spent examining it.

On the heels of Beaujon’s book comes a much-anticipated book from a renowned Christian author and pastor. He attempts to expose what he perceives as truth-mangling in the Emerging Church (EC), ripping into its questionable theology and practice. The Godblogosphere’s already quoting excerpts from the book, some blogs claiming it will deliver the final word on the EC.

I’m no rah-rah fan of the Emerging Church. Like a lot of reactionary movements, it’s underdeveloped in many ways, off completely in others, and right on the mark on a few select issues. EC proponents offer both enlightening critiques of institutional Christianity and brain-dead ones. As with any critical movement, I weigh their rhetoric against the Scriptures and the illumination of the Holy Spirit, then discard the dross. In truth, I’ve learned a few things from the EC concerning Evangelicalism’s shortsightedness. I’m a wiser Christian for those insights.

Over the last five years, I’ve interacted with hundreds of people in the EC. I’ve written on the EC several times here at Cerulean Sanctum (“That Other Standoff,” with embedded links elsewhere). I know something about it, though I’m by no means claiming to be an expert.

But this new book IS written by someone many people consider a bastion of truth and expertise. In fact, truth is the subject of the book. Plus, his offering isn’t a haphazard blog post (like any of mine or yours), but a book-length examination of truth problems in the EC, and postmodernism in general. For these reasons, what he says ought to be better thought-out, researched, and double-checked.

Before he wrote his book, did this prominent author/teacher/pastor…

…personally sit down with EC leaders and get firsthand answers to his concerns?

…personally talk to a wide range of real people who left “traditional” churches in favor of Emerging Churches to find out why they did?

…personally talk to a wide range of real people in Emerging Churches to see what their doctrinal stances truly are?

…personally visit a wide range of churches under the EC umbrella in order to see if they might not be “One Size Fits All” in doctrine and practice?

I really want to believe he did. I hope that every question I asked above can be answered affirmatively.

For any book that’s ultimately about truth, second, third, and fourth-hand reports (or sound-biting unclear quotes without getting a firsthand clarification) simply won’t cut it. 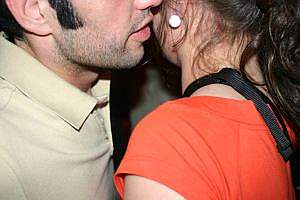 That’s particularly true when millions of people will be affected by some major Christian leader’s withering assault.

The Church of Jesus Christ is founded on relationship: our relationship with the Triune God and with each person He indwells. Because we are supposed to be a community free of rancor, the Lord commanded that if we have something against our brother, our best response is for us to stop what we’re doing and go make peace with that brother face-to-face. We don’t send emissaries and don’t write notes. We go in person.

Rather than write a book on contemporary Christian music from indirect sources, Andrew Beaujon (an unbeliever, remember) put his person on the line and went to see for himself. All through the Gospels, people who encountered Jesus, especially those on the receiving end of miracles, said, “Don’t take my word for what He did. Go see for yourself!” That admonishment carries some weight.

It would be terribly ironic if a book about absolute truth contained nothing but indirect reports on supposed malfeasance. I’ve read far too many Christian books that attempted to uncover the truth about a leader or movement, then failed to contain any firsthand accounts by the author. Such books are nothing more than venom.

Are we seeing for ourselves? Or we are crafting “truth” out of hearsay?