I'm sitting in my office watching the icicles shiver on this second December in a row of brutal cold. My brain numbed along with the rest of me, I'm dying here attempting to come up with something to write about.

Contemporary Christian fiction, by all accounts, has plumbed every topic, sinful or otherwise, known to man. Adultery, miscarriage, thievery, dementia, fraud, pedophilia, murder, terminal illness, infertility, racism, pornography—you name it and someone's written about it. Gone are the days when most Christian novels dealt with virginal teen schoolteachers coming of age on the windswept Kansas prairies.

In an effort to figure out the inexplicable Christian fiction market, I've read through more Christian novels this year than all previous years combined. I suspect a good thirty novels or so. 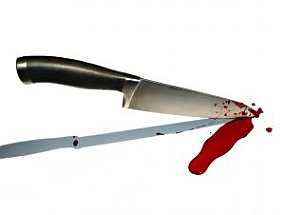 Through my readings, I've found a curious trend that reveals much about the current mindset of Evangelicalism 2006.

More than anything else, the books I've read showcased violence. Not simple acts of heroism defending a lady's honor with a punch to some malefactor's snoot, but visceral, gory stuff. Bombings, knife fights, kidnapping and subsequent murder, degrading sexual assaults on women, lynchings, impalement—the list goes on and on.

We Christian writers seem to have no limit to how much violence we can pack into a page. Not much is left to the imagination, either. You can almost see, feel, hear, and smell the blood dripping. And the books keep selling.

So the violence portion of the old "sex & violence" mantra is alive and well in today's Christian fiction. We don't appear to have any qualms showing human beings hacking, slashing, crushing, and exploding other human beings.

While many Christian novels deal with sexual topics, a quick read through the books themselves shows sex depicted almost as hearsay, as if a fourth-hand rumor that…well, people "do it", ahem…trickled down to the author from the cousin of a friend who knew a guy in college who once talked with someone who touched a naked body. Chastely. Because they were a doctor.

This is not to say that authors aren't talking about sex, but they seem to be doing it in a way that sounds like what you hear in a fourth grade boys locker room. It's all a little dirty and we can't say too much without snickering or getting embarrassed.

I've noticed this to a great extent in novels written by men, though I can't tell you why. Men may lack the peculiar romantic verbiage so well cultivated by the fairer of the species. Perhaps editors, sensing a particular squirm factor in anything that even remotely smacks of Song of Solomon, ask for sanitizing rewrites that bind the author hand, foot, pen, and keyboard. Whatever the case, it comes off forced.

Curiously, when you look at major political talking points in Evangelicalism, sex appears at the core of almost every ballot initiative, signature collection, and protest. Major hot-buttons like abortion, homosexual marriage, sex education, and abstinence promotion all have sex at the center. Meanwhile, we seem mum on the environment, fighting injustice, advocating for the disadvantaged, and so on.

In the same way that writers can depict the goriest details of violence because it's not on our approved sanitation schedule, we blanch at any honest look at the intimate lives of our characters. We can write about dysfunctions, but we shy away from depicting normal sexual relationships. And even when we write about broken sexuality, we back off in a way that we never do when writing about a villain filling a victim full of lead. We end up capitalizing our violence and slathering whiteout over anything "naughty."

I don't think I'm arguing to sex up our fiction. We have a tendency to go overboard in Christian circles when we see an imbalance. I simply don't understand our flinching at sex and our wholesale embrace of blood and guts. That dichotomy paints a disturbing picture of modern Evangelicalism.

Or maybe I am arguing to deal more bluntly with sex in our fiction. Porn use among Christians runs rampant. And while that topic's not a new one in Christian fiction, even when it's discussed, you can hear the tap-dancing shoes clicking away. We can't bring ourselves to discuss raw subjects in a way that uses the words of the disease. I recently wrote a short story dealing with the cancer of pornography and its insidious effects. An editor deemed it quite sellable—just not in a Christian market. Too much raw truth too quickly. A group faint by the faithful wouldn't be pretty.

We might well know the dirty details, we just can't bring ourselves to face them without the proper shielding. Recently, Mark Driscoll caught all sorts of flak for saying that perhaps some pastors stray because their wives don't take care of their appearances. Outrageous? Yes, a little. But I can promise you that even as some folks were harumphing over Driscoll's baldfaced commentary, inside they knew better. Outrage is only outrageous when it strikes close to home.

In the end, I don't understand the dichotomy. Why does violence come so easily, yet we tiptoe around honest sexuality? Dismemberment flows unimpeded from our pens, but not a gentle, knowing caress between a married couple. Does that honor the Lord?

The comments section is now open for flaming.  😉