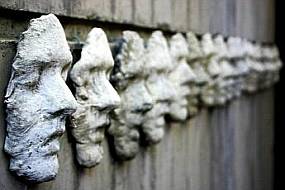 If you’re an Evangelical Christian, chances are that you’ve been in a small group associated with a church or parachurch organization. It’s almost a rite of passage if you’re born again.

My wife and I are part of two small groups. One is affiliated with our old Vineyard church. We’ve stuck with that group because we have a lot in common with the other four couples. It feels like family. We’ve been a part of that group for about seven years, as have most of the other couples in it. We’ve gone through a lot of trials together. Our second group is through our current Pentecostal church. We’ve been in that group for about three years.

The groups are alike in that both meet in the home of one of the couples, eat a meal together, catch up on life, and discuss spiritual things. The Vineyard group has had a flexible focus over the years, though the corporate Vineyard small group emphasis of fellowship, worship, nurture, and prayer have been consistent. It’s the nurture portion that changes over time. That particular group has nucleated to the point that we all agreed it’s a closed group, meaning it isn’t open to newcomers. The Pentecostal group doesn’t have the worship portion of the meeting, so it spends more time on the nurture. It’s billed as a marriage & family group, so the nurture portion has focused on improving marriages. That group is open, and all the participants have agreed that it serves as a step into the church for visitors. Unlike the Vineyard group, our pastor and his wife attend the group, not as leaders, but mostly for their own edification and as a sounding board for new couples.

The Vineyard group has been hosted by the same couple the entire time we’ve been a part of it; same for the Pentecostal group. Just about every couple has led the nurture at some point in the Vineyard group, while the host couple has primarily led at the Pentecostal church, with me filling in when they’re busy. Because the Vineyard church is quite large, the couples in that group, though highly involved in the life of the church, would not devastate the church if they should decide to leave one day. However, the couple who hosts and leads the Pentecostal group are possibly the most actively involved in a church’s life on all levels of any couple I’ve met in my entire life. Calling them pillars of the church seems almost inadequate a description.

Each group meets twice a month, and we asked that the Pentecostal group stagger its meetings to accommodate our other group. Since it wasn’t a huge issue, they did.

Those are our small groups. We are indebted very much to both.

I’ve spent most of this weekend thinking about small groups. As someone who grew up indoctrinated in the idea that the real life of the church happens in small groups, I worry about the small group model.

Some churches, especially those of the mega variety, pin their entire ministry model on the idea that people will flock to small groups and find there what they cannot within the larger ministry of the whole church. Many churches live and die by that ideal. It’s one reason why I’m concerned.

A few years back, Joe Myers, who lives in my general area, wrote a book called The Search to Belong: Rethinking Intimacy, Community, and Small Groups. I struggled through that book in all honesty, partly because I thought it was a little too in love with its demographic studies and quotes from sociologists (pretty typical of Emerging lit) and because the studies and quotes painted a disturbing picture.

1. A church that gets a third of its regular attendees involved in small groups does well. That being the case, it’s ridiculous to drive a church model based on small groups because two-thirds of attendees will never plug into one no matter how hard the church promotes small groups.

2. Having a small group meeting in a private home asks too much of people today. Far too many people feel uncomfortable walking into another person’s home.

Let me talk about the latter statement first.

One of the best parts of both of our groups is the shared meal. I think that echoes the early Church well. I love eating together. I enjoy making meals together, too. There’s a dynamic on that meal prep that bonds the group.

Problem is, that’s hard to do outside a home. Plus, for those people who have a gift of hospitality, part of their gift is thwarted by not being able to host in their own living space. This is not to say that people can’t be hospitable outside their own homes, only that something can be lost by moving to another venue. The Bible appears to reflect this ideal, also, by showing us how the early Church met in each other’s homes.

Worse, if Myers is to be believed on this point, I have got to wonder how bad off we are as a society when people can’t walk into another person’s living space without getting the heebie-jeebies. Honestly, if people today freak as badly as Myers insists they do on crossing the threshold of another person’s house, call Malcolm Gladwell because we’re not only past the tipping point, we may as a society be on the way to the point of no return. If my house scares you, then you’re going to be petrified of my personality. So much for any kind of small group dynamic—please pass the Paxil.

On the first point concerning the one-third involvement, my own experience proves that this is a general number that does, indeed, hold up under scrutiny. Now I know I’m going to get people who write in and say, “Well, in my church, half the people are in small groups.” Great. You are the exception to the rule. But by and large, I’ve been around enough to believe Myers’s statistic is true when viewed on a macro scale.

More to the point, I believe that the one-third number wil increasingly shrink for several compelling reasons:

Bowling Alone Syndrome – The seminal book Bowling Alone: The Collapse and Revival of American Community by Robert Putnam has been quoted by every long-time leader I know, no matter what type of group they lead. Every last one laments the loss of community that once thrived in American culture as exemplified by our fraternal organizations. I don’t care what kind of public group we’re talking about—Kiwanis, Boy Scouts, Sierra Club, softball teams, card clubs, even churches—they’ve all seen the number of involved members drop precipitously. People just are not participating in face-to-face interpersonal groups like they once were. To many, the commitment asks too much. Couple this with the increasingly rootless nature of a society whose individuals spend less and less time in one place. These difficult realities pose enormous problems for churches, especially those that base their ministry model around small groups.

A lack of qualified small group leaders – Too many churches that expect their primary teaching and discipleship  to occur in small groups pin their hopes on people who are increasingly less qualified to lead what they teach. In many cases, the leader of a small group is promoted out of another small group who may have had an inadequate leader. Law of diminishing effects anyone? As so many Evangelical churches have gone this route, is it any wonder that so many Evangelicals display ignorance of even the most basic biblical truths? And if the people lack knowledge, they perish, right? That’s not a formula for successfully perpetuating a thriving small group model.

The Hegelian Dialectic – I’ve talked about this many times here (see this post in particular), but the tendency toward thesis/antithesis/synthesis teaching in small groups undermines genuinely fruitful Bible study more than we care to admit. Unqualified teachers create some of that problem but so does the need not to make anyone feel uncomfortable should they hold an errant view on the topic being taught. I’ve long contended that small groups may do some things well, but, for most, teaching ain’t it.

Busyness – This comprises a part of the Bowling Alone Syndrome. Frankly, I find it amazing that any small group meets at all given how overly scheduled our lives are. To the people I talk with, it’s only getting worse. In the case of both small groups I’m a part of, year over year we’re seeing more scheduling issues. I can’t recall if our Vineyard group has met as an entire group so far this year. Due to the nature of our other small group, it’s never met with the same core people from one month to the next. That makes it hard to develop the momentum needed to keep growing in discipleship through the group.

Expectations – Here’s a loaded issue: group member expectations. I think more small groups burn out due to participants’ unmet expectations than for any other reason. I also think that this was less of an issue in the past because people then didn’t know what to expect of small groups, so their expectations were low. I will also contend that too many people today come to a group with a list of expectations an arm long because we’ve indoctrinated people into believing that the world exists to meet their needs. (In truth, the modern church’s constant catering to felt needs only exacerbates the issue.) That’s a huge problem to overcome because people will flee a small group the second it looks like it won’t meet their needs perfectly. They never find a home, instead flitting from one small group to the next. Worst of all, should the group cater to couples, if one of the spouses sours on the group because of unmet expectations, it puts the other spouse in a bind. You almost always wind up losing two people instead of just the discontented one.

All these issues combine to exert enormous pressure on small groups.

Resolving these issues requires smarter people than yours truly. Several of the problems exist at a societal level, requiring upheavals that too many church leaders are not willing to discuss. That timidity, though, is at the root of the failure.

I have never believed that the small group model works well in teaching the Scriptures to people. I’ve been in numerous small groups over the years, and only one or two have had solid teaching. Perhaps, then, we should focus on other things, especially discipleship through example, which means ensuring the fellowship works well—no small task in itself.

I also think we have to ask ourselves how important the basic philosophy of small groups is to our personal growth. If we believe in what small groups are supposed to provide, then we need to be committed to that belief. We can’t let outside influences distract us from the core vision.

This begs a greater question: If small groups are increasingly under pressure to provide what churches depend on them to provide, what will replace small groups as the primary means of doing “what small groups do” within our churches? How will churches provide for the spiritual needs of their congregants should the small group model wither?

On this issue, where does your church stand?

32 thoughts on “Are Small Groups Doomed?”