All the young dudes hunkered in a pack at the back of the Taco Bell, the mecca of cheap food for young dudes everywhere. Like most 19-year-olds, they took big bites and talked a little too loud for a small restaurant.

They were the classic pair one finds in many romantic comedies today. The one was a natural beauty, raven-haired and fresh-faced, like something out of Ivory Soap ad but with a green sensibility, just add Timberlands. The kind of girl one can take home to mom and on a camping expedition. One of those girls who may actually be prettier without makeup.

Where the natural beauty was curvy, her friend was all sharp angles. The friend did all the talking, and showed a great deal of smarts, as seems to be the case in this stereotype. The friend also chatted up the guy behind register and was generally pleasant. She dressed in a kind of geek chic that tried just a bit too hard.

As for the young dudes, they stymied their conversation and just stared. And, obviously, not at the friend. Nor in the volatile language that erupted shortly after they gathered their composure  did the young dudes have anything to say amongst themselves about the friend. In fact, one could argue that a scientific breakthrough of enormous importance occurred in that Taco Bell, because, for a moment, a human being became absolutely invisible.

Now, in a burst of illustrative metaphor, I ask the simple question: Which of the two young women best exemplifies what Christianity should be in the eyes of the world?

As I see it, if you picked the friend, you’d be dead wrong.

That’s not what most people think, is it?

Yet somewhere along the way, we Christians, especially in America, developed a kind of self-inflicted persecution complex where we aspired to stop being the natural beauty we were meant to be, 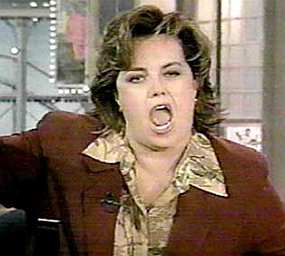 instead cultivating the attitude and lifestyle of the plain Jane friend. We tried—badly—to be a fashion plate, made every makeup mistake known to Man, and developed an attitude. In short, we grew to epitomize the friend character perfected in films by Rosie O’Donnell.

Should we be surprised then that no one wants to take us to the prom?

The early Church, in stark contrast, exhibited natural beauty through their love, community, and witness. That beauty attracted thousands. Whenever people saw the Church, they craned their necks to look because the beauty snatched their breath away.

So it should be with today’s Church. Instead, we’re whiny, loud, divisive, and sitting in the bleachers complaining how no one wants to dance with us.

The error that too many Christians commit is to equate the world’s lack of interest with the nature of Christianity. But neither Christianity nor Christ Himself are ugly.

We must realize that the reason none of the young dudes in Taco Bell left with the natural beauty is that she demands more. So while neither she nor her friend walk out of that restaurant on someone’s arm, it’s for a different reason than appearance in the beauty’s case.  Pursuing the beauty isn’t going to be easy. None of the dudes even tries. They look, but ultimately, they can’t follow through.

The way of Christ is beautiful, but it demands everything. Thousands flocked around Jesus, but only a few could handle true discipleship. As the Scriptures say:

So Jesus said to them, “Truly, truly, I say to you, unless you eat the flesh of the Son of Man and drink his blood, you have no life in you. Whoever feeds on my flesh and drinks my blood has eternal life, and I will raise him up on the last day. For my flesh is true food, and my blood is true drink. Whoever feeds on my flesh and drinks my blood abides in me, and I in him. As the living Father sent me, and I live because of the Father, so whoever feeds on me, he also will live because of me. This is the bread that came down from heaven, not like the bread the fathers ate and died. Whoever feeds on this bread will live forever.” Jesus said these things in the synagogue, as he taught at Capernaum. When many of his disciples heard it, they said, “This is a hard saying; who can listen to it?” But Jesus, knowing in himself that his disciples were grumbling about this, said to them, “Do you take offense at this? Then what if you were to see the Son of Man ascending to where he was before? It is the Spirit who gives life; the flesh is no help at all. The words that I have spoken to you are spirit and life. But there are some of you who do not believe.” (For Jesus knew from the beginning who those were who did not believe, and who it was who would betray him.) And he said, “This is why I told you that no one can come to me unless it is granted him by the Father.” After this many of his disciples turned back and no longer walked with him.
—John 6:53-66

It wasn’t because Jesus wasn’t attractive in a figurative sense. The hungry, the hustlers, and hookers longed to be near Him. Even kings and regional rulers desired to meet Him.  No, it was the message, the demand, that turned people off in the end. The natural beauty has high standards.

We must be beautiful in all the ways that make the Church attractive to lost people and those in a world of hurt. We must also keep the message of the cross central. It’s that message that proves impossible to many a young dude. It should never be purposeful attempt to look like a frump. We must let the cross be the deciding factor in whether some follow and some do not, never by compromising our attractiveness.

For 2009, I think the word that the Church needs to hear concerns regaining our natural beauty, especially in America. We’ve tramped around like plain Jane, thinking this is our lot and the way to attract people to Jesus. If anything, we’ve made that belief an impediment to others coming to Christ. Instead, we must shine and make no apologies for being naturally beautiful.

For more on how we Christians can cultivate our natural attraction to the lost, read Part 2.

25 thoughts on “The Rules of Attraction (Spiritual Edition), Part 1”