About 18 months ago, I wrote a post called “The Two Christianities.” That post sparked a minor furor in the Godblogosphere and spawned two followups. As the days count down to the upcoming election and our country hurtles toward the Final Day, I thought revisiting that series of posts would be helpful:

The thing about politics is that it inevitably brings out the EM crowd, and it’s a shrill, pleading crowd at that. Funny thing is that the IM group typically has little to say around election time. They keep doing what they were doing all along, with the election just a blip on the radar screen.

What strikes me this morning is that one of these groups of Christians is going to be sorely disappointed some day. And it won’t know what to do with its disappointment. I think as the world gets darker that folks in the EM camp, who are used to God, Mom, Apple Pie, and Chevrolet are going to lose it when their apple pie is made in China with tainted milk, GM goes under, and mom croaks. Their interpretation: God has abandoned us. And many of them will reciprocate.

I guess it all depends on which kingdom holds your trust, the earthly one or the heavenly one. Where our hearts and treasures align, we’ll receive the rewards of that kingdom. But there’s kingdom and then there’s Kingdom. IM Christians side with the “big K” Kingdom nearly all the time. It’s a place of more lasting rewards.

So get ready for disappointment, EM Christians. There’s a sound of inevitability, that while coming from a trumpet with an indistinct sound, is ushering in an age where the courts will not be helping Christians evangelize, keep up nativity scenes, or maintain other Christian activity (whether genuinely Christian or not).

Because the IM believer can’t be disappointed in events because his or her faith is in God—and in Him, the one who owns all the riches worth valuing, there can never be disappointment. 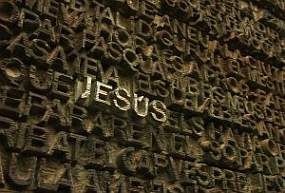