It takes time to prepare a bid on a project. Time is money. You make no money preparing bids. A bid is simply a hope for a future realization of money.

I don’t think the man requesting bids on one particular project was a bad person. He simply was misinformed. Or maybe he knew exactly what he was doing by submitting his project in a public forum. Maybe he was the smartest person in the forum.

The bid to write that 250-page technical manual was won by someone bidding $99.

I remember one bid where it would not have been outrageous to expect $30,000, but only $2,500 was budgeted by the offerer.

I saw a writing job offered recently that sought a writer to compose 10 children’s books. The offer was $50. Not per book, but for all 10.

And newspapers are fighting to stay alive because their revenue model keeps taking hits.

Everywhere I turn, the quality of writing has gone down. Not because people can’t write a decent sentence, but because the writing contains so few ideas of worth. It possesses no depth. It exists to occupy space on a page. Whether that page is digital or print doesn’t matter. I read the words, and they vanish from my head as swiftly as they entered, a nonstop stream of gruel.

Everyone is a writer, and yet so few truly are.

Free is to blame.

When I first started my business, I got regular calls from the Yellow Pages seeking my listing. They don’t call anymore because you can list your business for free in multiple outlets that will drive far more business to your storefront.

But, of course, more and more of that business is expecting something for free. Or darned near close to it.

Free has come to dominate how we think. In an article on unexpected trends, I read that free is killing the industry that dominates the Internet: pornography. We even want our vices free.

Don’t we get a little touchy when we can’t get something we want for free? Or a perk for free along with that paid item? Something. Anything.

That I’m using WordPress to compose this missive and power this blog is not lost on me. How WordPress makes money for Automattic is.

I think the Church is struggling with free. Most of what the Church does is free and always has been. Someone to be there by the bedside of a sick member. The dinner delivered to the family with the new baby. The Men’s Group oil change for the single moms. All free.

Now that we live in a world where free is expected, something terrible happened to worth.

When a company expects a writer to churn out 10 children’s books for $50, the underlying truth is those books have no worth. It is not a far stretch to consider that the writer of those books doesn’t have much worth either.

Did I mention that it was a Christian company behind that children’s book project?

What the Church offered for free once had immeasurable worth. We Christians saw how much effort went into offering to others our time and effort.

Now it seems that few consider what goes into the service we render to others. Like so many things that are now free, the inherent worth of that service and the people who give it is lost and forgotten.

Free isn’t so much appreciated as it is expected. And once it becomes an expectation, it becomes harder to see its value.

I believe that many people today cannot see the value of the little aspects of Faith in Jesus and the life we live as a Body because free has reduced their perceived worth to zero.

We do not gather together daily as the Church once did because we no longer comprehend the ROI.

We do not appreciate the authenticity of ritual because ritual is free and therefore easy and next to worthless.

We do not ponder the lives of others because human life is cheap in the eyes of the world.

Jesus is free, and so are eternal life and the fellowship of Faith.

Is it any wonder then that so few people grasp that trio’s infinite worth?

A heads up for readers: June 2010’s free audio book from Christianaudio.com is Francis Chan’s Forgotten God: Reversing Our Tragic Neglect of the Holy Spirit. You can get it—and all the other free downloads each month—here: http://christianaudio.com/free.

I am always impressed with Chan’s preaching, so I’m sure this book is a winner. And hey, it’s free!

And for more along this topic of neglecting the Holy Spirit, please see one of the most commented upon posts here at Cerulean Sanctum, The Holy Who?. 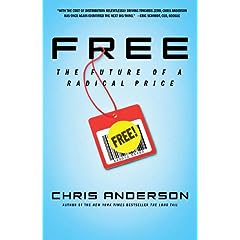